This medium to large tree, from coastal forests of New South Wales and Queensland, is renowned for its long clusters of orange flowers which appear just before the new leaves in late spring.

The tree is recognised by almost symmetrical branching in rapidly growing young trees. However, the branch pattern becomes irregular later, producing an open crown carrying frond-like leaves which are dull green above and grey or brown velvety below. The wood somewhat resembles English Oak in having large rays of soft tissue radiating through the trunk. The Silky Oak is popular as an ornamental specimen because of its rapid growth, attractive form as a young tree and spectacular flowers. The wood was used extensively for doors and windows because of its decay resistance. Today, supplies are almost non-existent.

Features to catch the eye 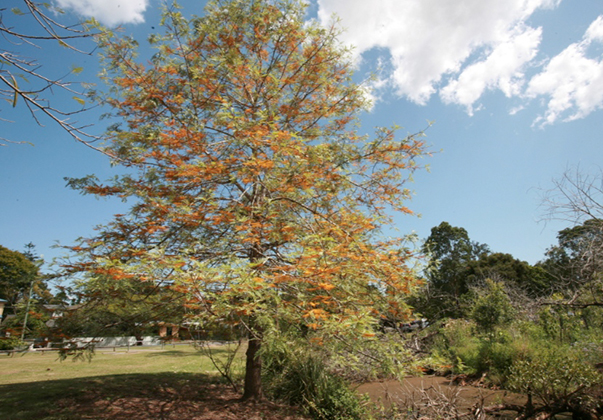 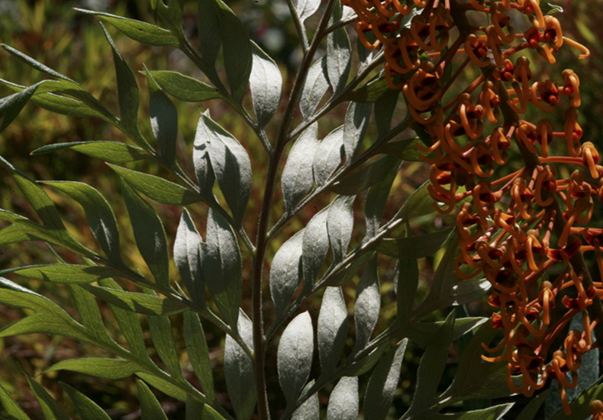 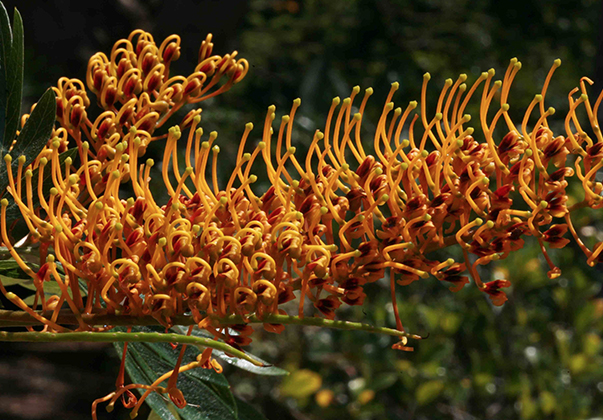